Imagine a three-year-old boy adopted from an orphanage in Russia by an American family only to be sent away to strangers in another state.

The family who adopted Dmitri and his 5-year-old brother was not prepared to care for them. They were unable to have children when they adopted Dmitri and his brother but soon they had three biological children, two of whom had autism. By the time Dmitri was a pre-teen, his family moved from Florida to Scotland where he and his brother were sent to live alone in a small apartment about a mile away from their parents and siblings with no supervision.

They weren’t even required to attend school.

“We didn’t see them for about a year. They would have groceries delivered to us on Friday afternoons but would not come see us.” says Dmitri.

Things for Dmitri quickly went from bad to worse. At age 13, Dmitri was sent back to the U.S. to live with a new family.

“My parents ‘rehomed’ me with a Chicago family that they found on a website.” Dmitri recalls. His dad dropped him off at the run down home. He was all alone in a new city with a new family. 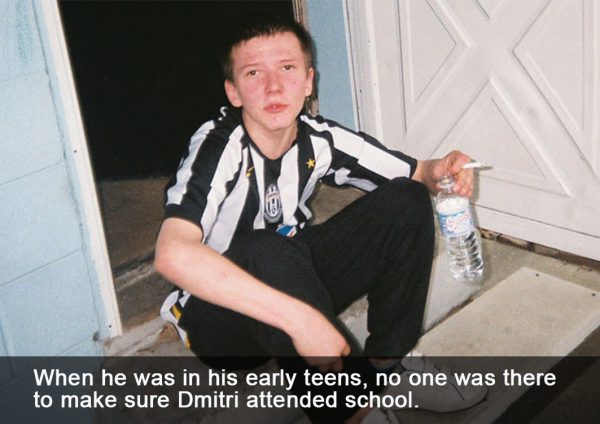 Before he was 14, Dmitri was removed from that family’s home for safety reasons. His dad instructed him from Scotland to travel to Georgia with another set of strangers. A scared, angry and confused Dmitri found himself in Newnan, Georgia, reuniting with his brother at a group home and entering the Georgia foster care system.

When he was 16, Dmitri met the family that made all the difference through a program that teaches life skills to older youth in foster care at Mt. Bethel United Methodist Church, a FaithBridge Foster Care church partner.

Marc and Mary Lynn and their two sons quickly connected with Dmitri. They were so connected that they decided to become foster parents with FaithBridge Foster Care so they could invite Dmitri to live with them and their children.

“Marc and Mary Lynn are the biggest blessing to me. I feel like God wanted us all to meet. There is a reason everything happened.” 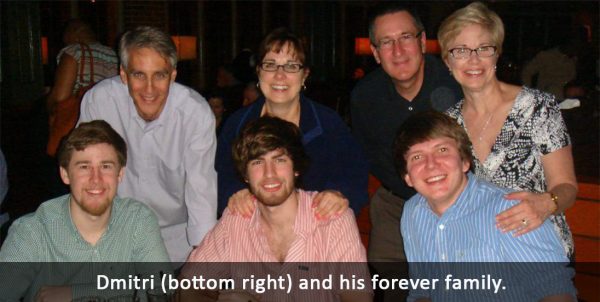 sales. He is a part of Marc and Mary Lynn’s family – celebrating holidays and birthdays together with their children, who consider him a brother. He has also reconnected with his older brother and spends time with him on a weekly basis. Dimitri says that if it hadn’t been for FaithBridge and Marc and Mary Lynn, he wouldn’t be where he is today.