Mother and child along the Nile River in Luxor, Egypt. Photo by Heather.

His mom probably felt like she had no choice. A horrific leader was convinced that if a people group continued to grow, there would be political upheaval, so he ordered that every baby boy born to that population to be killed. He didn’t worry as much about the girls; it was a time when women weren’t leaders or a threat to power. But little boys? They would grow up to be men, and that had to be stopped. They had to control the growing number of immigrants who had entered their land 400 years previously and grown from dozens to thousands, all starting with one man named Abraham to whom God made a promise.

When this particular boy was born, the midwife covered for the mom, not reporting the birth and ignoring the order to toss him in the river to die. Nonetheless, and after a few months, he was hard to hide. This tiny little, cuddly baby could be discovered, and the worst possible nightmare for all parents would come true.

His mom, however, had an idea. She placed this little baby boy delicately in a basket and floated it down the river toward the palace. No one knew for certain what would happen next. There was no guarantee that a guard wouldn’t find him, tip over the basket and walkaway as the child screamed a tortured death. The words of the story recorded say that the sister was the one who “stood at a distance to see what would happen to him.” You can only imagine that his mom couldn’t bear to witness what might be.

As his older sister stood on the riverbanks, she witnessed a fairy tale unfold when the princess of the presiding people group saw the basket, sent someone to retrieve it and discovered the baby boy inside. She knew he was one of them, an Israelite, and was supposed to have been killed; she knew the rules. Nonetheless, rewriting the story for this child, she decided to keep him as her own.

This little baby boy’s story unfolded with some rocky twists and turns, but he still grew up to be the most talked about person in all of Scripture besides Jesus. He grew up to liberate an entire nation. He grew up to change world as it was known and would be known. His name, first spoken thousands of years ago halfway around the world in a language that was considered dead for generations, is now familiar in nearly every culture in every corner of the planet.

Foster care is funny like this. It involves children who come from hard places, even crazy and absurd and unfathomable places. Children who have stories that have people whispering, “you’ll never believe this” or “you’ll never believe that.” They are stories filled with incredible tragedy and huge unknowns. But like Moses, God ushers into their stories people who take care of them, individuals who strategically whisper solutions to problems and characters that they meet on ordinary days that make an extraordinary difference. 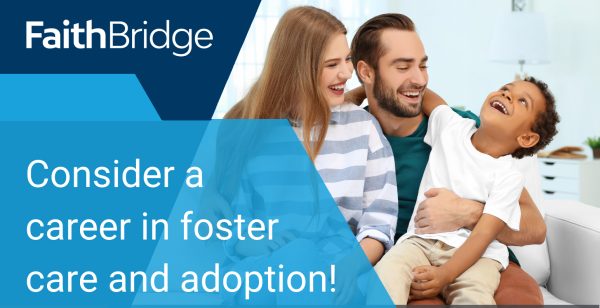